Mission: Exceed Your Full Potential With The Next Play™ Accountability System

Mission: Exceed Your Full Potential Through The Next Play™ Accountability System

OUR NEXT PLAY Leaders 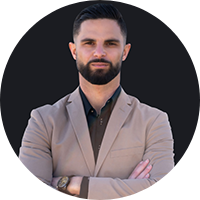 Richie Contartesi helps leaders decide, plan, and execute the Next Play™, relentlessly. His three step system – The Next Play – is the playbook for high-performing business owners and leaders who want to grow profitably and help their people exceed their full potential. 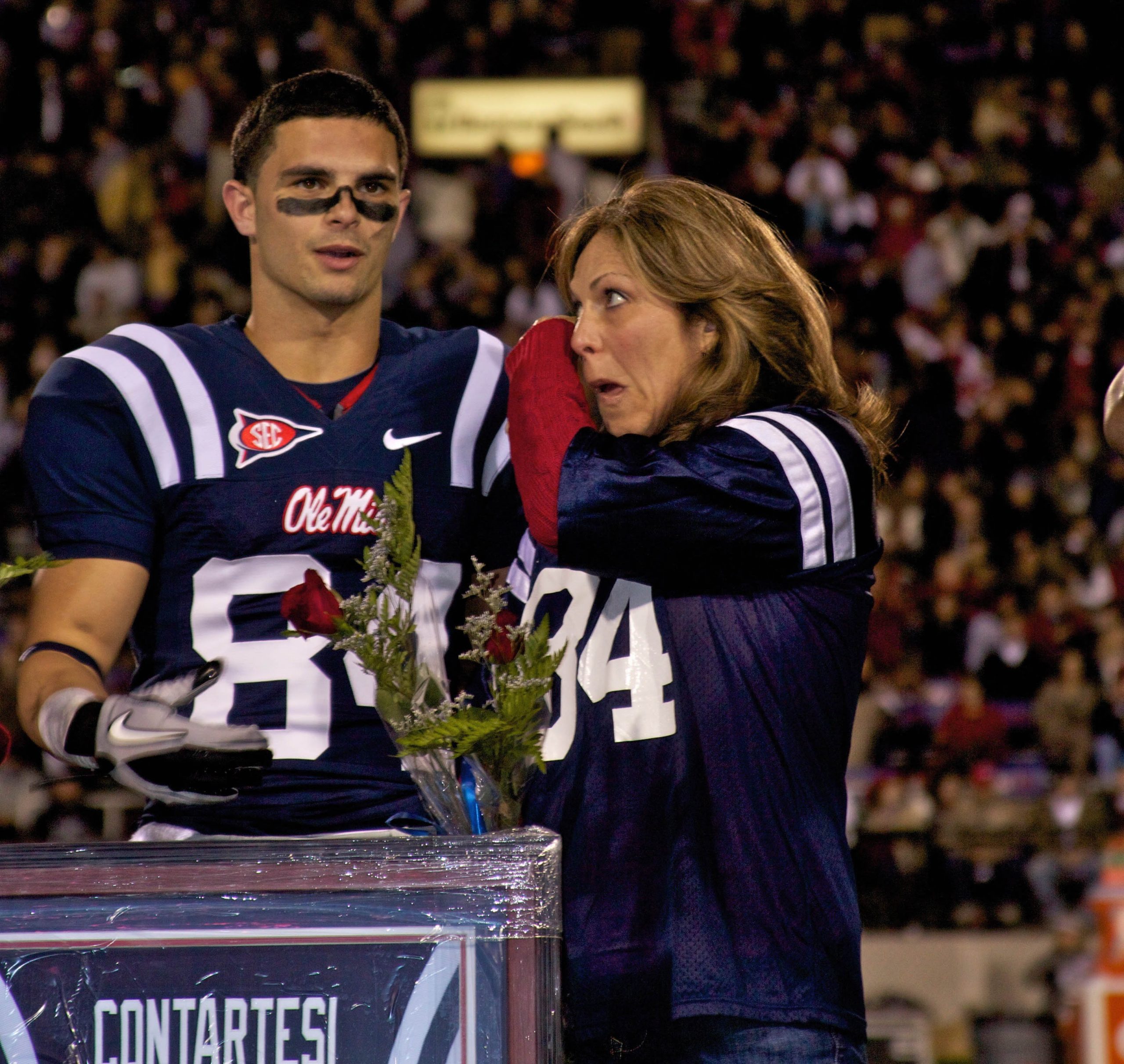 Richie started his journey when he went from a 5’7” 150 pound walk-on at Ole Miss to becoming a Division-1 football scholarship athlete in the powerhouse SouthEastern Conference. He also went on to earn the coveted SEC Scholar Athlete award. After his graduation from Ole Miss, Richie played professional Arena football, authored his #1 bestseller, “In Spite of the Odds”, was featured in the movie “Rudy Ruettiger: The Walk On”, launched the Relentless University app, and opened Relentless Warrior Fitness. 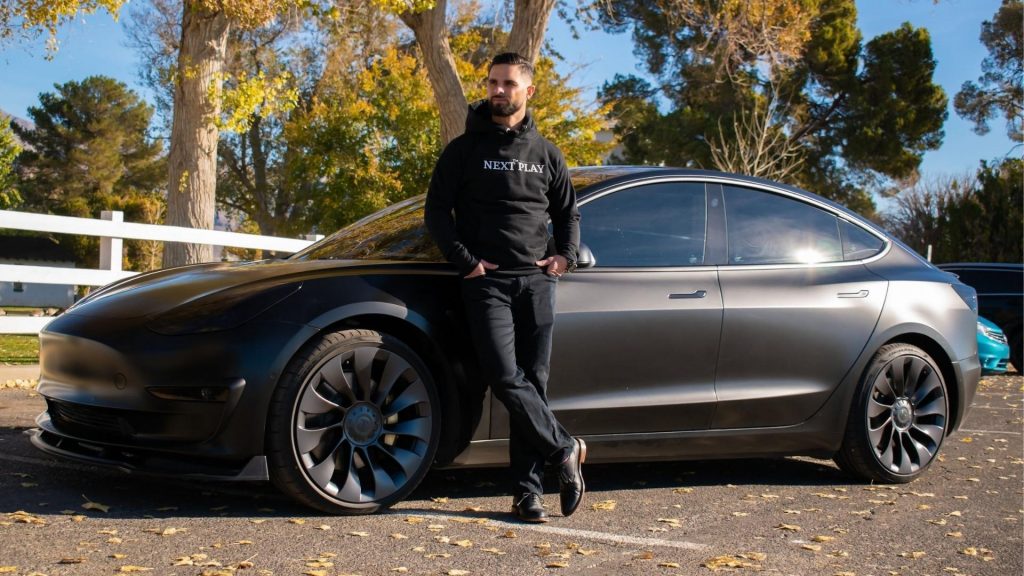 Using this same drive and accountability system, Richie went on to break records in sales performance at a fortune 500 company, built a 7-figure nation-wide performance coaching program, and today helps companies scale to completely new levels through the Next Play Accountability System. 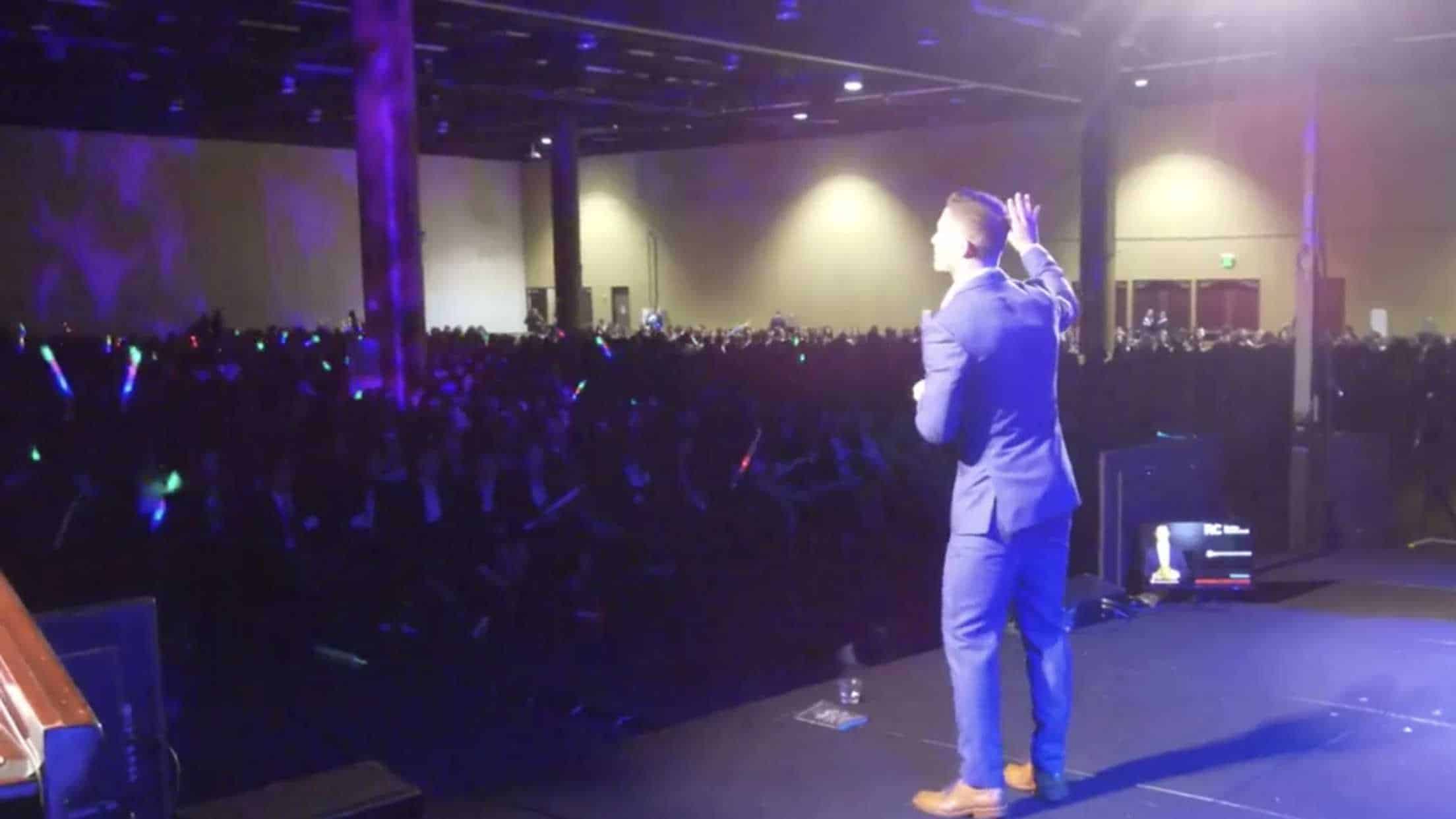 Richie shares each success story from the lens of the audience resulting in a renewed inspiration you can feel in the room. He speaks frequently to large audiences and partners with businesses of all sizes including major corporations worldwide like IBM to build teams who are clear on their goals, focused on their next play, and accountable each week, resulting in their rapid growth and record engagement. 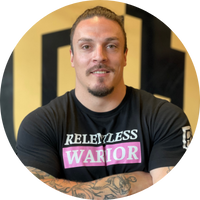 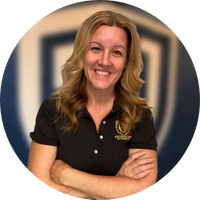 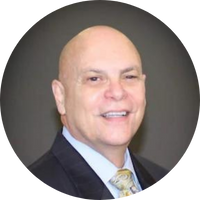 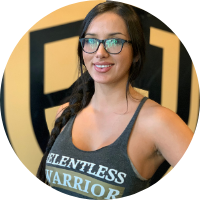 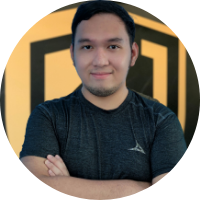 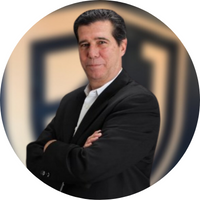 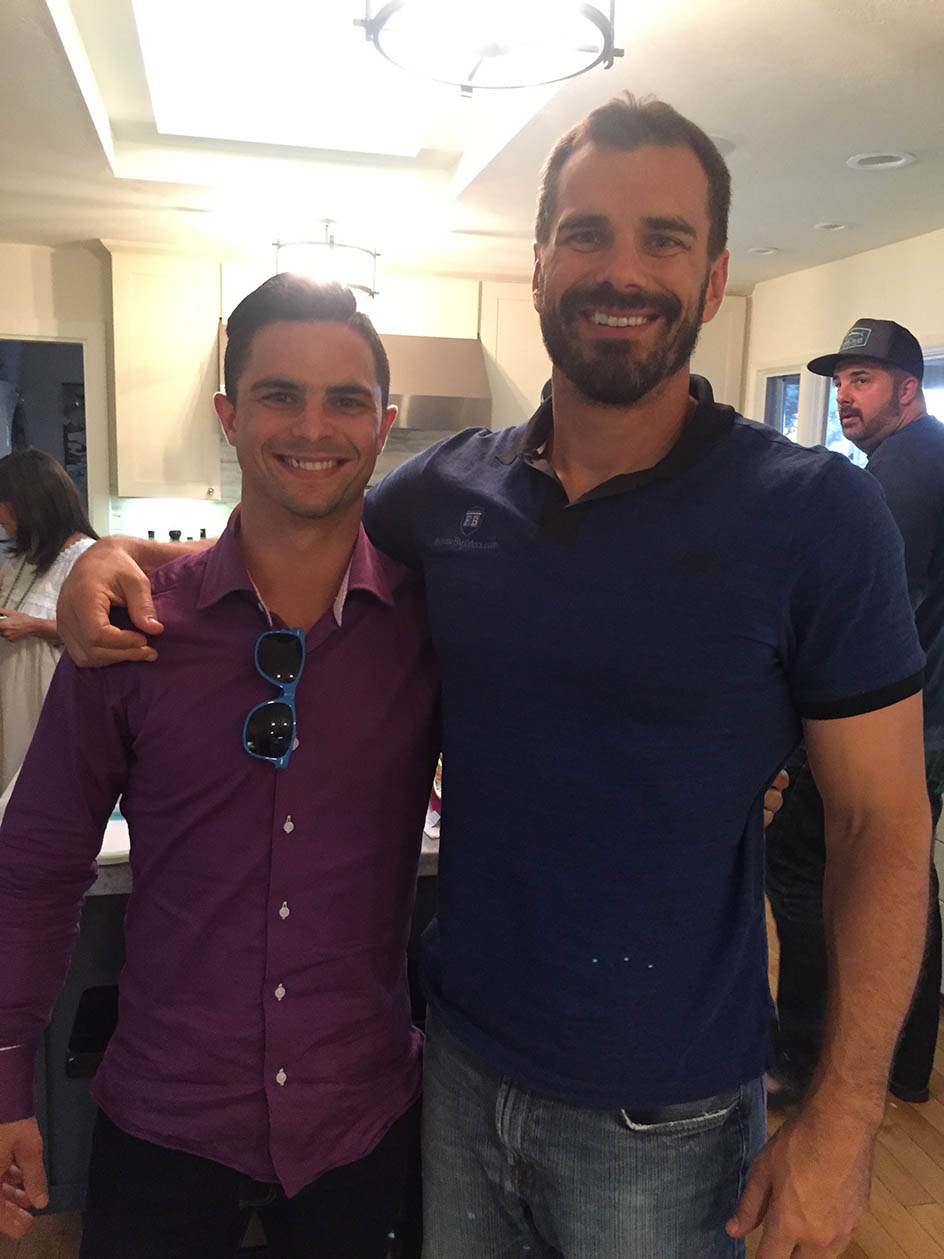 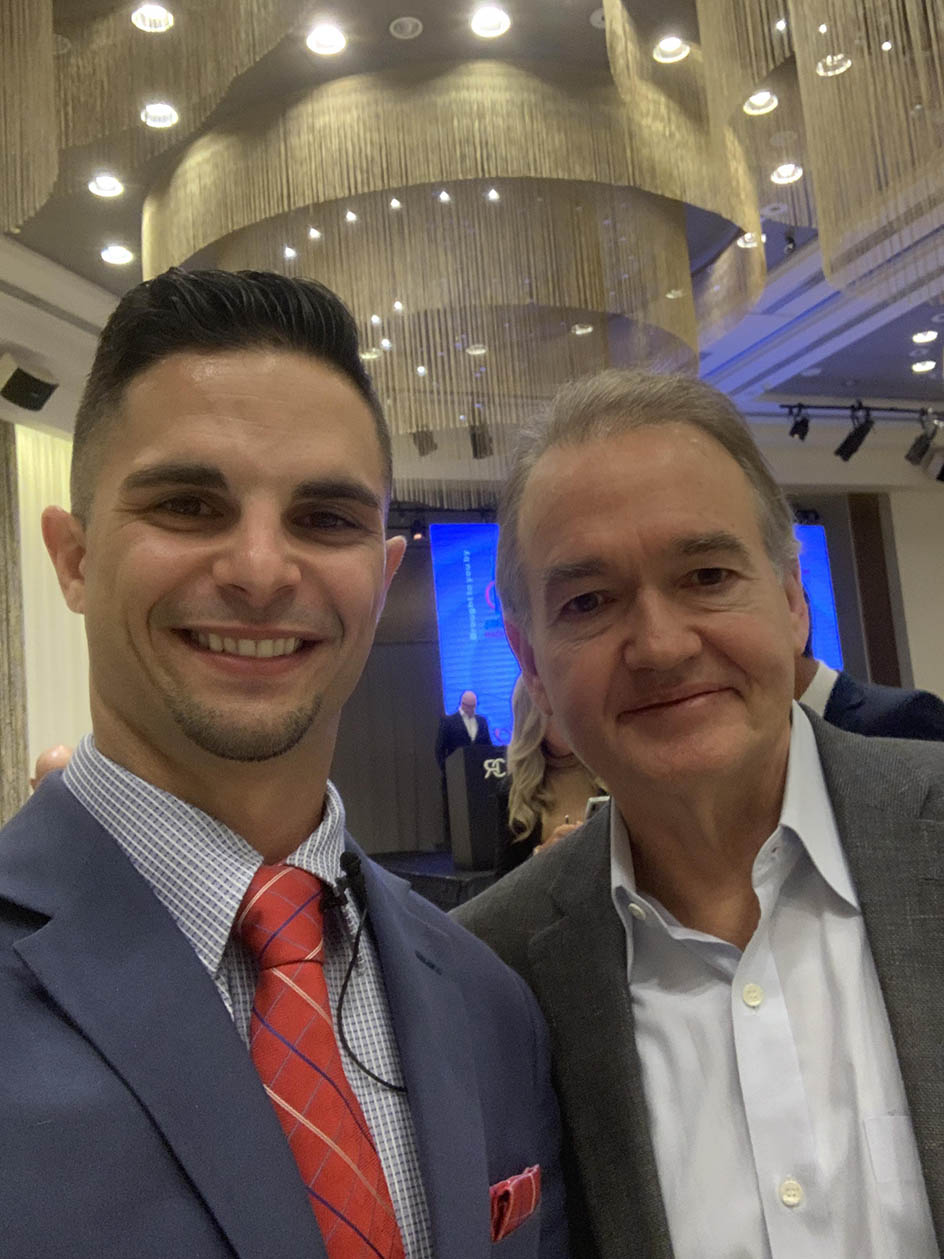 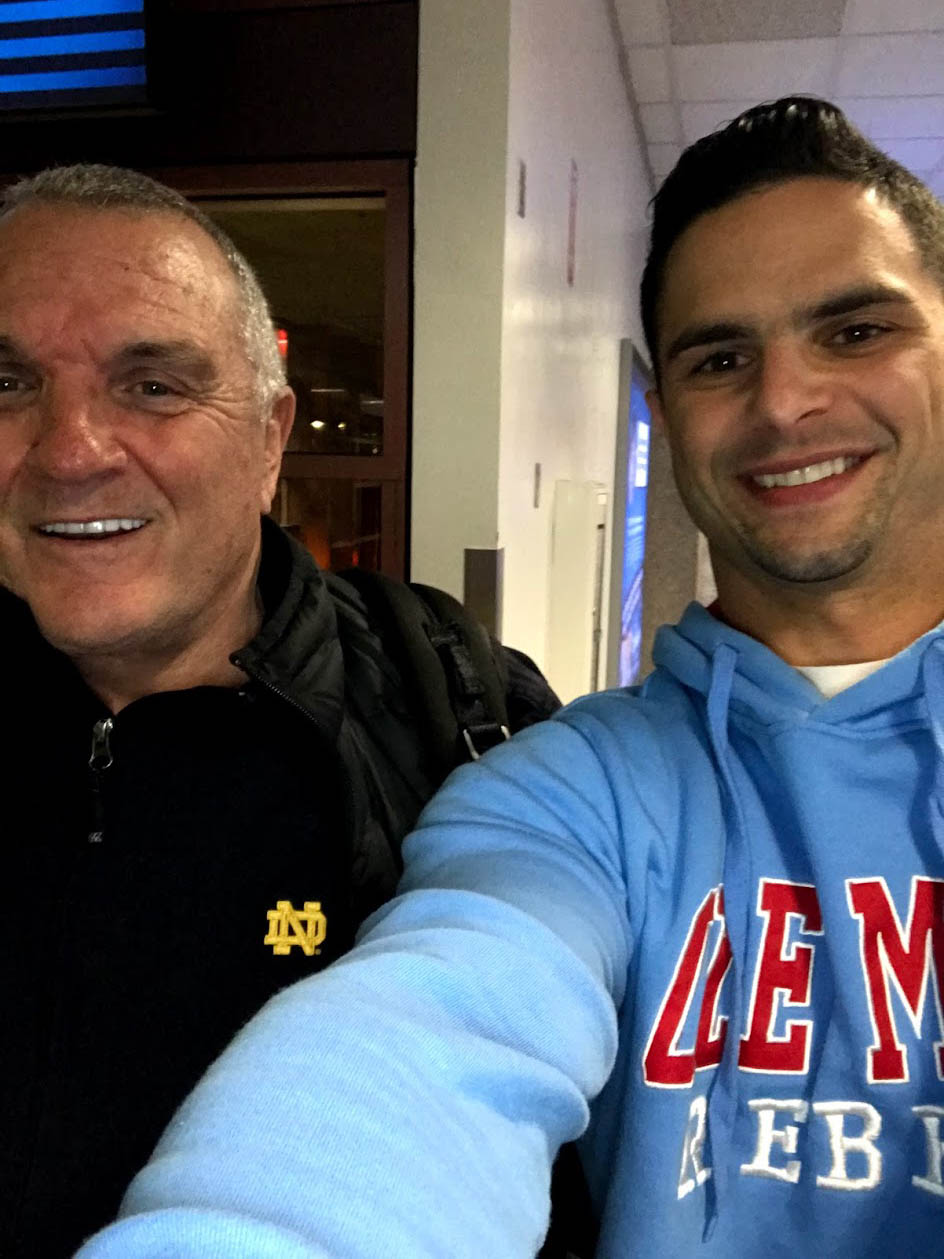 Inspiration from the film "Rudy" 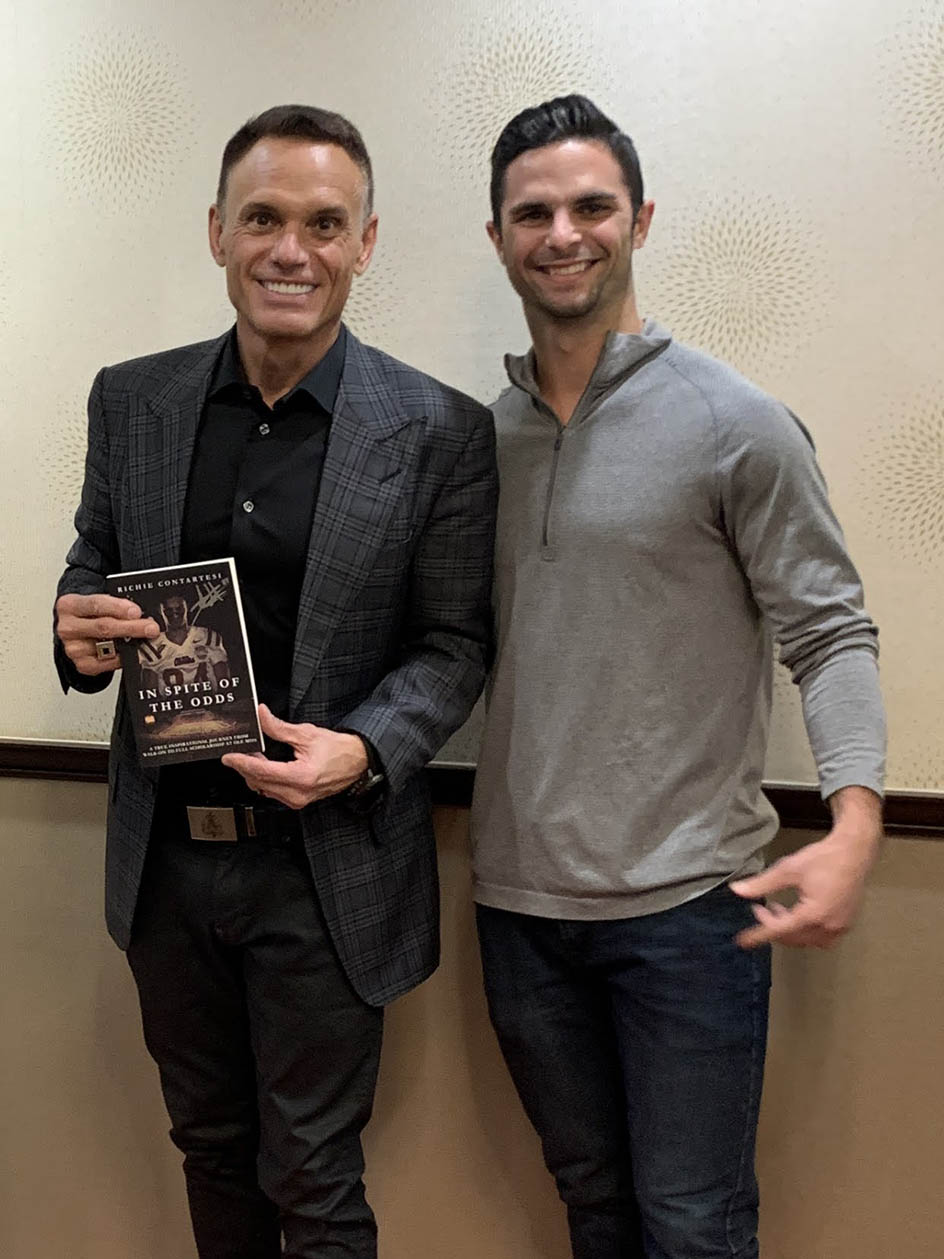 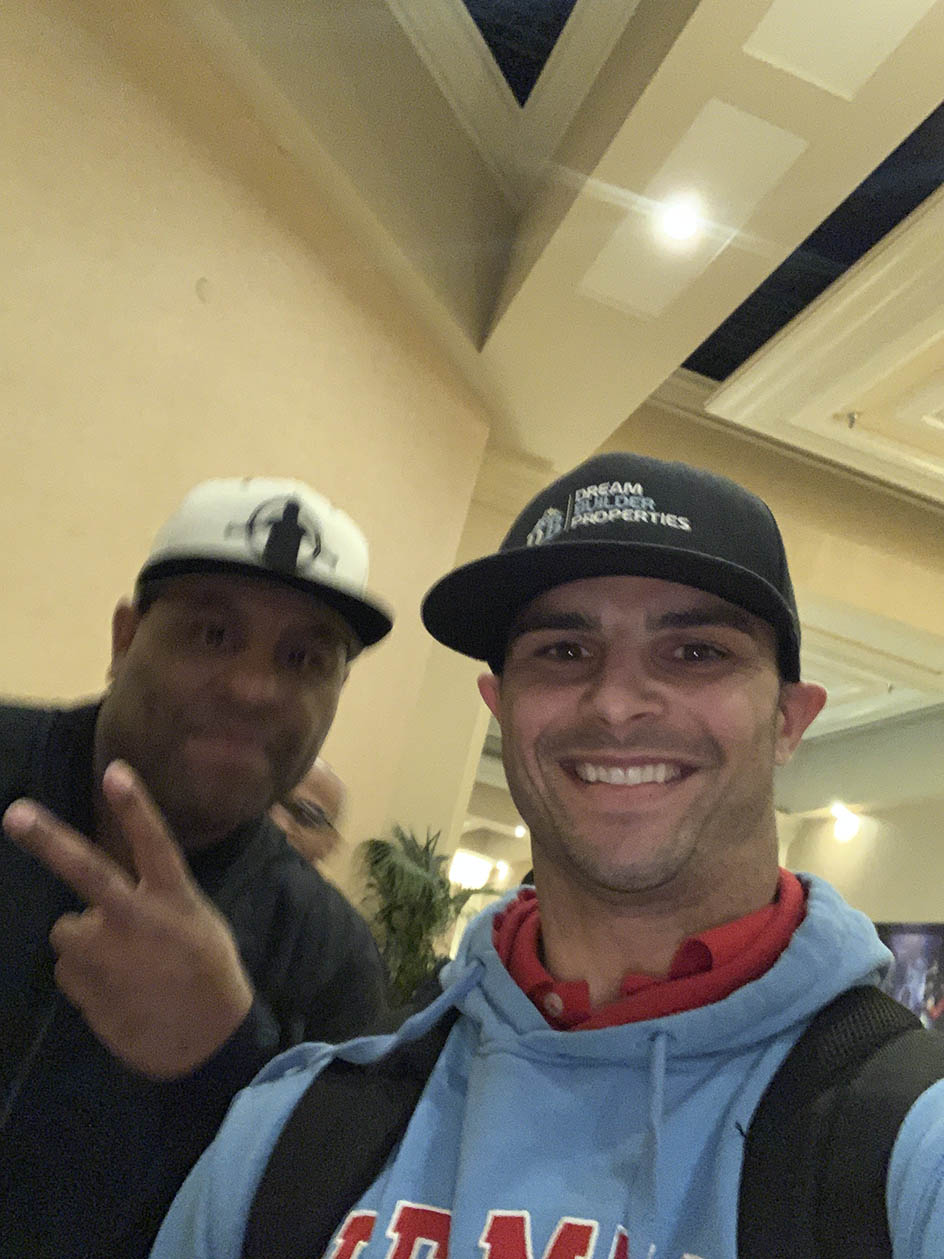 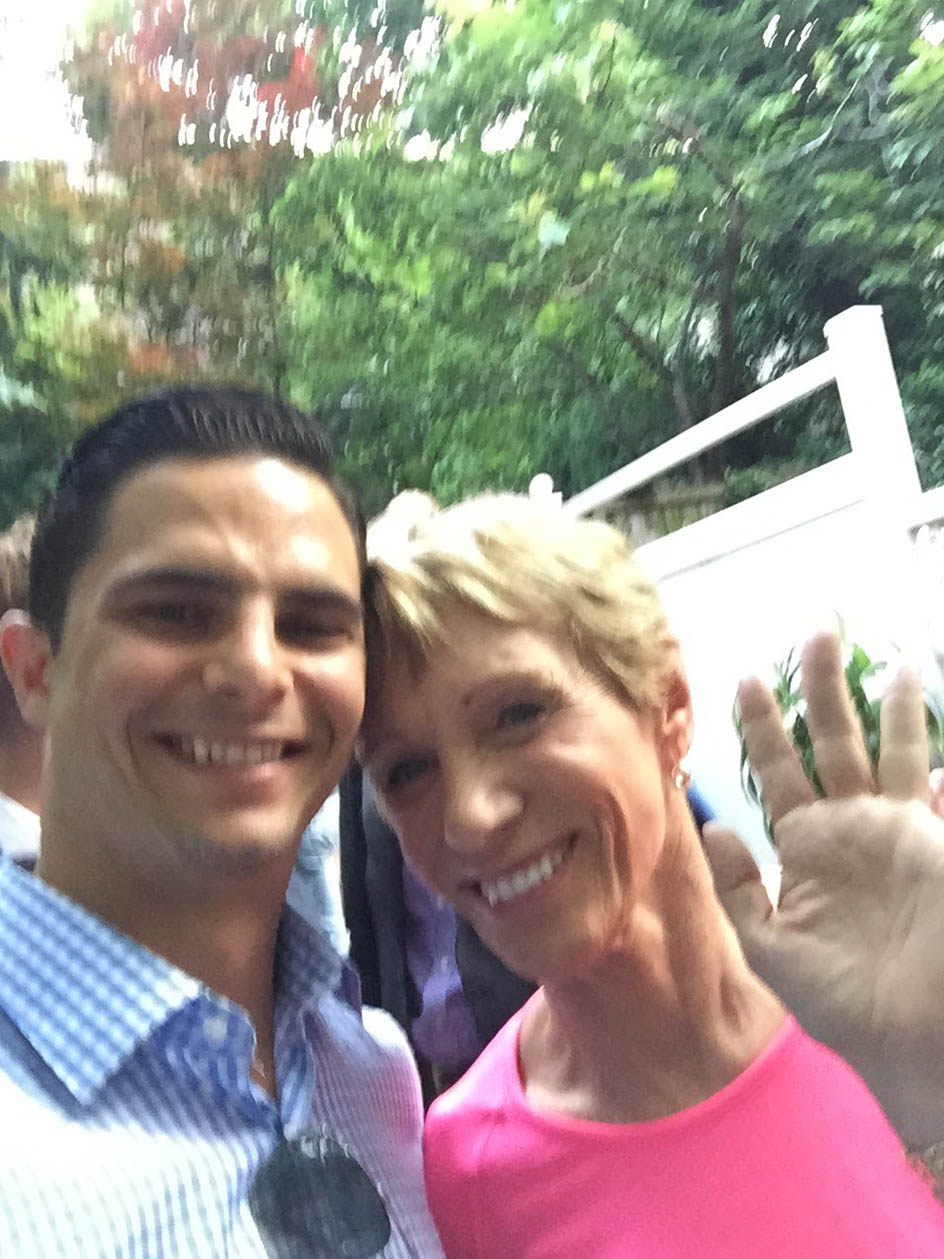 Richie has an innate ability to get the most out of his talents. Limited physical skills and size were not a roadblock but a driver for hard work, study, and relentless perseverance. He is one of those athletes who may not be the fastest, biggest, or most talented, but through hard work, a never give up attitude, and belief in himself, makes believers out of everyone around him. He embodies what coaches look for; someone who comes to practice early and leaves late, spends extra time in the film and weight room, and always left everything on the field. Not only did he find a role on the team, but he made a positive impact. Richie has a bigger heart than Vaught-Hemingway Stadium and our staff agreed 100% that he deserved a full SEC scholarship! Richie has the fortitude to be successful no matter how difficult the challenge. 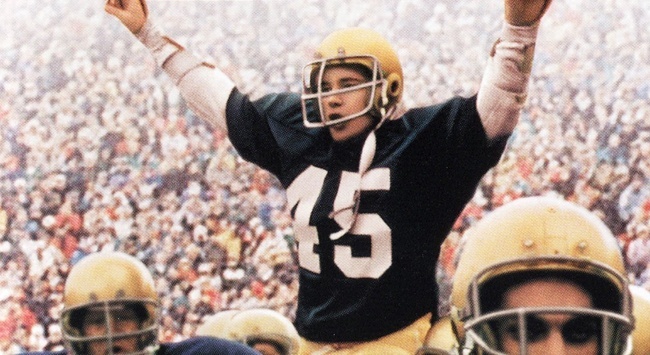 Richie’s story and book lit a fire within me. His drive, passion, and relentless will to succeed was reminiscent of my time at Notre Dame. At 5’7” and 155 pounds, Richie overcame the obstacles and the naysayers to earn a full SEC scholarship and a place in Ole Miss tradition. The best thing in life is to overcome obstacles. when you’re told that you’ll never make it or not big enough or not fast enough or you’re not strong enough you’re not smart enough. At that point you have two opinions you can give up or you can give it your all. I had the privilege to not only coach a number of great individuals that came from totally different paths in life. One of them was Dexter McCluster standing at 5 feet 7  Richie ‘s twin as we called it. This was very unique because he worked just as hard as Dexter because he just wanted a shot and I never doubted that Richie could be the guy but again the opportunity never came. Because of our offense we needed somebody bigger stronger faster. I kept trusting in Richie and I knew that he would have his opportunity. We sat in a staff meeting and i suggested if we had any scholarship money nobody on the team works harder than Richie on or off the field. Richie earned his scholarship. The vote was unanimous Richie earned the scholarship. He also went on that year to start in all 12 games on special teams and have 2 SEC catches against Arkansas and Tennessee. The funny thing about all this was Mike Wallace, Dexter McCluster, Shay Hodge (all went on to play in the nfl) all copied after Richie and his work ethics. That is something you will never be able to take away. 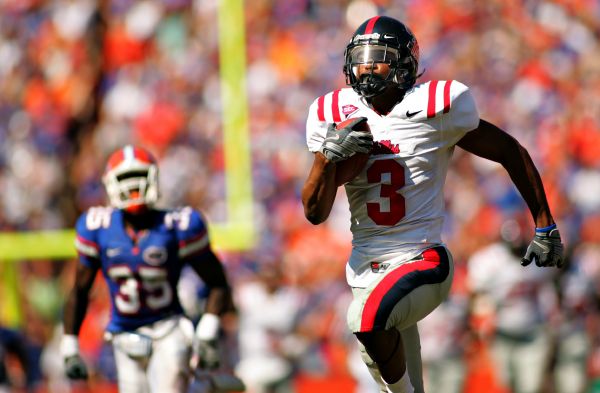 When I met Richie it was my sophomore year. When I first saw him, I was thinking man he is very small and could he make it. We started out rocky because I like to mess with people and joke around and Richie knowing he had talent didn’t take well to it. Dude was a hard working guy and had exceptional hands really at the top of the group. He was a real cool guy once you got to know him and once he was there a while and I can honestly say if we played in a spread offense as Ole Miss does now, he would have gotten much more playing time. He never let his size keep him from doing what he wanted to do on the football field and I admire him for that!

Richard Contartesi in a word…resilient. I had the fortunate timing to be Richie’s high school football when he transferred over to Palm Beach Central High School, which was a brand new high school opening up in Wellington, Florida. In hindsight, the school had an incredibly unexpected chaotic opening which could be its own book. However, every time I would have good reason to walk out and leave the school, I would think about the players and Richie was one of the players that kept making me choose to stay. We were not a very talented team during his years at the school and we were going up against some of Palm Beach’s top teams. He was so damn resilient that I was inspired by the way he responded to all the adversity on and off the field. It would be my guess that there was probably not a high school teammate that did not like or respect Richie Contartesi on and off the field. He had the fight of a Lion with the cunningness to suit.

He may have not realized it then, but I leaned on him so much that first year to keep the football team together and believing in the program we were trying to build. He epitomized the type of player attitude that I, and any other high school coach would want to have playing for them. The problem was he was 5 foot nothing and barely heavier than a paper weight. But the fight in him was gigantic. Therefore, with no other player having any decent quarterbacking skills, I knew our quarterback better be a leader so Richie was a no brainer there. He was only a sophomore and starting on varsity with his size was going to be tough. He led our team to fight for everything we could get. No matter the weather, score, or physical beating we took during that year, Richie kept pushing for his teammates to keep fighting to win. I do specifically remember a game where we played one of the top teams in the state and we were being humbled late in the game down by 50 plus points and he would come off the field after the offense just turned the ball over and he would keep asking the coaching staff, what is our plan for next possession and what we were going to do to score some points. He made me and my staff work to be better coaches.

The following season Richie worked so hard at becoming a wide receiver because he knew he could help the team more at that position. We had a potentially good sophomore that had some quarterbacking skills coming up to varsity the following season. I will tell you, Richie became a great high school receiver. He set school and team records in receiving during his tenure including an offensive player of the year and team MVP award his senior year. The only reason he did not get an athletic scholarship to a D1 school in football was due to his height and speed. College coaches continually commented on how great his route running and technique was for a high school player. Just about every division 3 and most NAIA schools wanted him to go to them.

In conclusion, I feel Richie Contartesi is the type of man that looks out and does not see what he can’t do, but rather he looks out and sees what it will take for him to do something. He then decides whether he wants to pay that price. One of my favorite moments, was when he came by my office after being at the Jacksonville University for a year. He then told me about how Ole Miss was giving him an opportunity to walk on there. I can tell he was nervous and I had the feeling he thought I was going to tell him stay at J.U. and the sure thing in football. Instead, I told him I felt he should go do it. I knew he would find a way to make that experience a great one. I was not surprised by what he accomplished in his time at Ole Miss. He is a player that I will always remember, he never would let anything keep him down he would bounce back and be better. He is …… resilient. 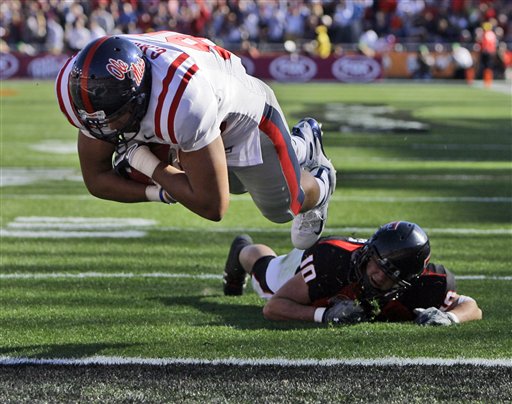 I always use Richie Contartesi when I talk to kids about believing in themselves. He was the smallest guy on our team at Ole Miss but had the biggest heart. He never made excuses and showed up to work everyday. I am not surprised at all that he is where he is today and wrote about what he did at Ole Miss. With a heart and willpower like Richie’s you can do anything. Thanks for encouraging the next generation to be great.

Signed an NFL free-agent contract with the Tennessee Titans following his senior year … Competed in the 2010 Texas vs. The Nation All-Star Challenge … 2009: Saw action in 11 games with seven starts … Helped the Rebel offense rank second in the SEC and 14th in the nation in fewest sacks allowed (17) … Helped Dexter McCluster post the second-highest rushing total in school history with 1,169 yards … Earned second letter … vs. UAB (10/17): Started and caught one pass for one yard … Helped the Rebels rack up 501 yards of offense … vs. Arkansas (10/24): Helped the Rebel offense roll up a season-best 553 yards … vs. Tennessee (11/14): Helped McCluster rush for a school-record 282 yards and four TDs …

People do not buy what you do, but rather why you do it. This was the mentality that Richie had without even knowing it. He was the guy that worked his butt off day in and day out. He did not do it for fame or popularity. This was the why behind the mind of Richie Contartesi.

Richie was an athlete I took to very quickly. He was a Division 1 walk on that was undersized, like myself when I set out on my journey as a collegiate athlete, but he had one thing that most lacked and that was drive. He failed to let people tell him what he could not do. Instead he took the naysayers comments and negativity and used that as motivation to drive him to be his best. He had an amazing work ethic. He was someone always yearning to learn to make himself better as an athlete and individual. While at Ole Miss, Richie was always on top of what he had to do. He was always very respectful; a yes sir, no sir guy that never missed a class, workout, practice, or team meeting because he knew if he missed that he might miss the opportunity to be great. This is what separated him from everyone around him and why he ultimately earned a full scholarship and starting role. I know this attitude will continue to carry on throughout his life to make him successful at any endeavor he wishes to do.